If you don’t think much about the 22nd Amendment to the Constitution—the one that limits presidents to two terms—you’re not alone. It doesn’t come up in any blockbuster Supreme Court cases, or even obscure ones. It lacks the moral weight of the amendments that expanded voting rights. Every schoolchild knows a president can be elected only twice. It feels so much like part of our foundational law that it rarely occurs to us to appreciate just what it meant to democracy—or whether it goes far enough.

The amendment turns 70 this week, and perhaps we should stop overlooking it. In the long history of the U.S. Constitution, there have been just three changes to the basic processes of filling its elected offices. The 12th Amendment fixed the original flawed Electoral College that nearly gave us President Aaron Burr. The 17th Amendment shifted the responsibility for choosing U.S. senators from state legislatures to the public. The third, and last, was the 22nd, ratified on February 26, 1951.

To the extent it is noticed at all, the amendment is generally dismissed as a kind of partisan revenge against Franklin D. Roosevelt, who won four terms in the White House and left office only when he died. Historians have often quoted the journalist Elmer Davis, who headed America’s Office of War Information during World War II: “They could never beat him when he was alive, so they beat him after he was dead.”

But we can do better than remembering it with a quip, however immortal. Given the new and hard-to-check ways in which presidents can hold on to power—or even tee it up for their relatives—we ought to take a moment to appreciate what motivated the amendment’s champions. They were on the right side of history, animated by a coherent and nonpartisan philosophy we would do well to reflect upon today: anti-Caesarism, the belief that American government must never be transformed into an emanation of one man. Nor one family.

Given the growing tendency to treat spouses and children as presidents in waiting, it might be time not just to honor the spirit of the 22nd Amendment on its anniversary, but expand it. 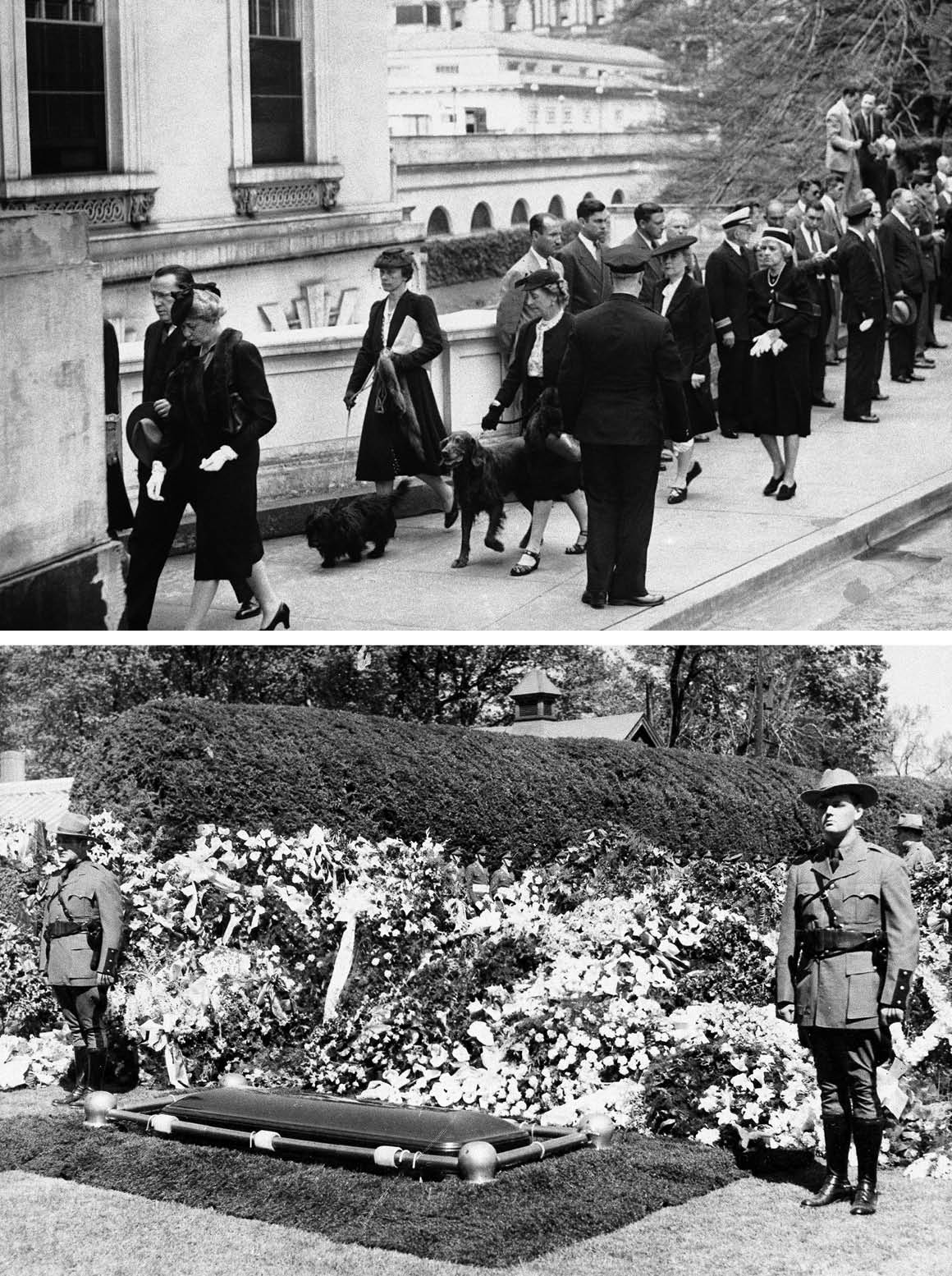 In the most immediate sense, the “partisan revenge” interpretation of its origin story is right. Roosevelt’s Republican opponents did resent losing four straight elections to “That Man in the White House.” But they weren’t just acting in a fit of pique. In running for a third term, Roosevelt had broken the venerable norm of a two-term limit set by George Washington; in winning a fourth one, he had smashed it to bits. His critics worried about Roosevelt’s seemingly unchecked hold on the White House, and his willingness to use presidential power to keep himself there—and, in fact, so did many of his admirers.

So once Republicans regained control of Congress, it was more or less a given that they would move to codify the restraint the nation had once taken for granted. When the Republican-controlled 80th Congress convened in 1947, less than two years after Roosevelt’s death, it immediately took up two proposals to limit incumbents’ eligibility for the presidency. One resolution, offered by Rep. Everett Dirksen (R-Ill.), would have limited presidents to a single term, to last six years instead of four. The other, introduced by Rep. Earl Michener (R-Mich.), chair of the House Judiciary Committee, would have imposed a simple two-term limit. Congress chose Michener’s plan, and after debating particulars (with special attention to the treatment of someone who succeeded to the presidency), supermajorities including all Republicans and many, mostly Southern Democrats sent a revised version of the amendment to the states in March.

Support was not limited to the right. The New York Times’ Washington bureau chief, Arthur Krock, noted that Democrats had supported a two-term limit in 1928, when they wanted to ensure Calvin Coolidge would be leaving the White House. He also cited Thomas Jefferson’s support for limits on “perpetuations of power” based on worries that one man could become so politically ensconced as to be unbeatable. His newspaper’s editorial board, even then no bastion of conservatism, was also cautiously supportive of the amendment. With the amendment in place, it noted approvingly, “No man, whatever his motives might be, could hope to build his personal power to irresistible proportions.”

What troubled many about FDR’s long tenure were the New Yorker’s repeated attempts to turn the machinery of the federal government into an extension of his personal political operation. Most famously, in 1938 the president had decided to vigorously campaign against conservative members of his own party, an effort that the national media branded as a “purge.” Going well beyond an endorsement, workers employed by the Works Progress Administration, the New Deal’s leading infrastructure agency, were used as political foot soldiers in these and other primary elections across the country, including pressuring WPA officials to donate to favored candidates.

A Senate special committee created to investigate these allegations found pervasive abuses and recommended that Congress prohibit political contributions by recipients of federal relief funds or administrators of those funds. Senator Carl Hatch (D-N.M.), distressed by corrupt spending in his own state, rallied his colleagues to prevent “a system by which we can use funds from the Public Treasury to control the votes of the people of the Nation,” which he said would mean “democracy in America is dead.” Representative Edward Rees (R-Kan.) warned that current practice would “foster and approve the most gigantic political machine that is known in any nation anywhere.” In spite of administration protestations that federal employees would be deprived of their constitutional speech rights, in 1939 Congress passed the Hatch Act, which prevents federal employees from using government resources for partisan political ends or electioneering. 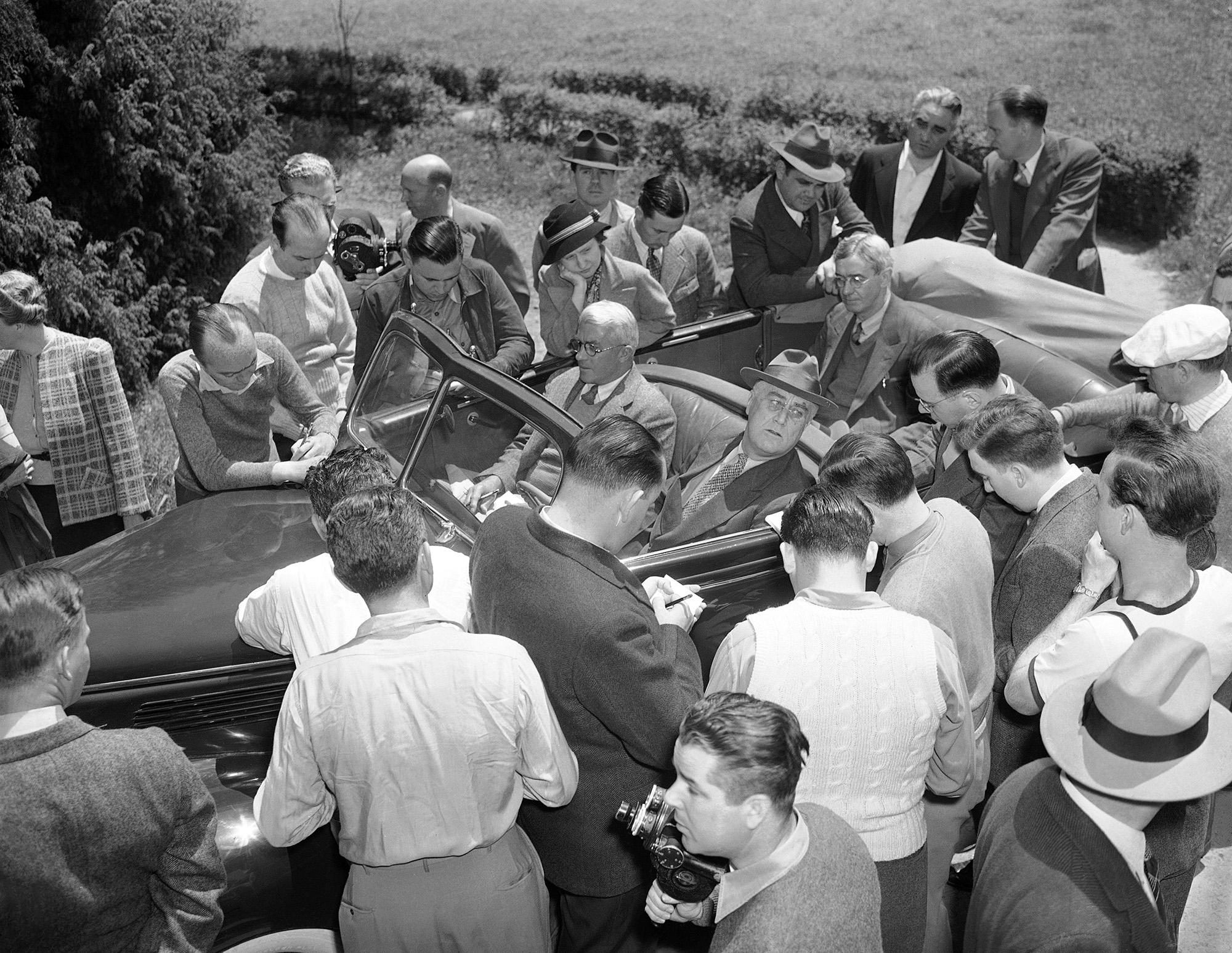 After 1938, FDR faced renewed conservative opposition for the rest of his presidency, but he nevertheless continued his attempts to turn the federal government’s resources toward his own political ends. During the war, America’s official propaganda organs released films that mythologized and exalted Roosevelt, leading congressional conservatives to defund domestic operations. Even as they frustrated Roosevelt’s efforts to aggrandize himself, members of Congress prepared a more sweeping depersonalization of the operations of the federal government meant to enhance the rule of law. With broad bipartisan support, they passed the landmark Administrative Procedure Act in 1946.

The 22nd Amendment fit neatly into the tradition of the Hatch Act and the APA. As an editorial in The Freeman noted after the amendment’s 1951 passage, a president elected many times in a row could “create the myth of the ‘indispensable man,'" and the American republic would be made stronger by permanently steering clear of such pretensions. Once it had elected someone twice, America would have to move on.

In the years since, enthusiastic admirers of second-term presidents, including Ronald Reagan and Bill Clinton, have sometimes attacked the 22nd Amendment as improperly thwarting the American people’s ability to make their own choices about who can be president. But the anti-Caesarist tradition wisely teaches us to suspect the kind of personal connection with the public that a president might cultivate, a message made even more important in the age of social media.

Rather than consider repealing the amendment, we should consider passing a 28th Amendment that would address what now seems to be an obvious weakness of the 22nd. Under the law now, even if an individual is barred from seeking reelection again, their spouse, sibling or child can run as their designated political heir, effectively perpetuating their political dynasty. This is every bit as unhealthy to our republic as having a single individual stay indefinitely in the White House, and we should straightforwardly ban it. The United States need not emulate Argentina.

When we consider how the family melodramas of the Bushes and Clintons have cast a shadow over almost every 21st-century election—and how willingly fans of both the Obamas and the Trumps would return those names to power—the appeal of such an amendment ought to be crystal clear to members of both parties. 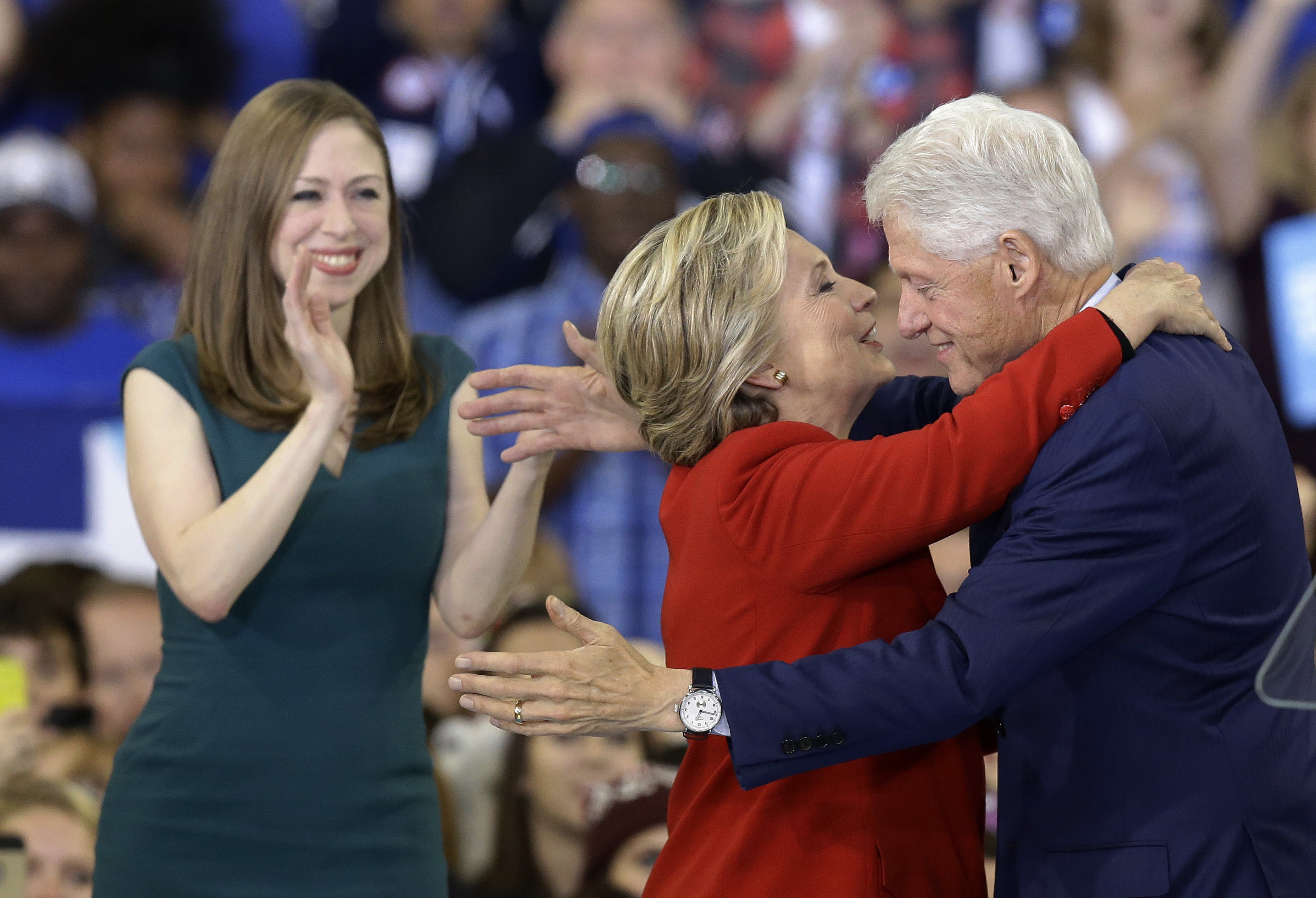 Our recent experience shows that the potential for harm doesn’t require a family member to win office; dynastic politics can do plenty of harm just by being possible. The Clintons’ grip on their party’s network and imagination led to an uncompetitive primary and a suboptimal candidate in 2016, when the nation really could have used a solid opponent for the Republican nominee. Dynastic politics hobbled the GOP, too; the rise of Donald Trump was partly enabled by the assumed inevitability of Jeb Bush, by most accounts an admirable politician but not one clearly cut out for presidential politics. Because of his family’s history, Bush managed to seriously distort his party’s primaries by drawing in dollars and attention that should have been flowing to stronger contenders. In 2013, his mother, Barbara Bush, declared: “We’ve had enough Bushes.”

She was right, both specifically and with regard to her general sentiment. The nation’s need for presidential family members’ talents in the White House is negligible, but the cost of keeping dynastic political ambitions alive, it should now be obvious, is immense.

Could such an amendment actually gain political momentum in our hyperpolarized time? Partisans on both sides of the aisle would need an angle. For Democrats and those Republicans who took the plunge in supporting Trump’s impeachment and conviction, there would be a clear attraction to barring all of the former president’s children from future presidential politics. The best way to rally Republicans to the cause would probably be a Michelle Obama boomlet—which, to be fair, both Obamas have done their best to discourage. 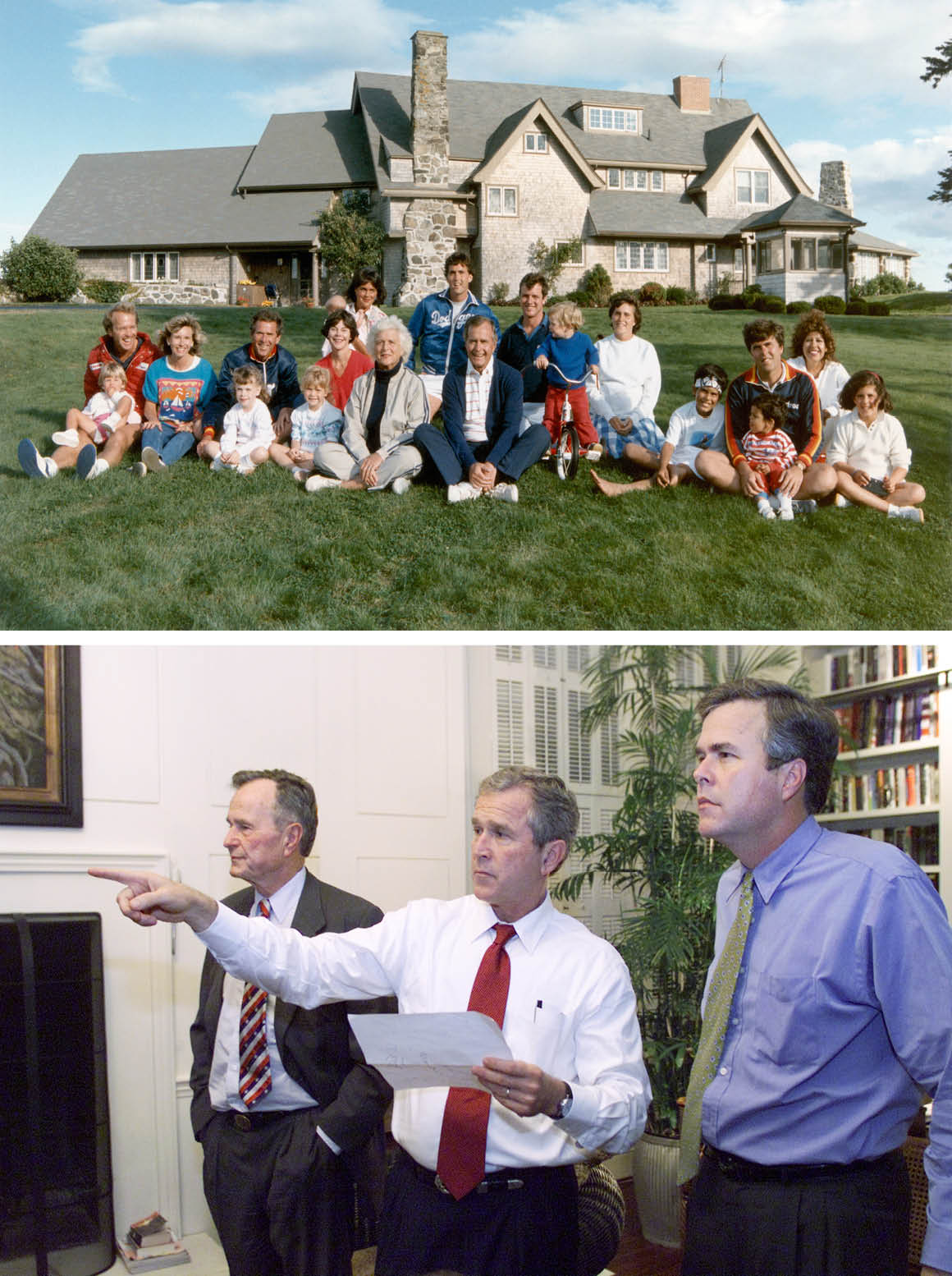 To expand its impersonal appeal, perhaps the new 28th Amendment should also get former incumbents and even nominees out of the picture entirely, regardless of whether they have served one term, two or none. Rejecting Reagan enthusiasts’ calls for repealing the 22nd, in 1988 William F. Buckley wrote that the “political metabolism of the American people” uses up its leaders fast enough to make eight years feel like quite long enough. The internet having quickened that metabolism, there is a good case to be made for “once you lose, you’re out.” Grover Cleveland would have lost his chief distinction in the history books, yes, but parties have generally not been served well by renominating losers (think: Bryan, Dewey or Stevenson, with Nixon as an exception).

Alternatively, we could go back to Dirksen’s 1947 proposal to limit the president to a single six-year term. Second terms, after all, have generally not seen distinguishing achievements comparable with first terms. Again, republican government would be enhanced by getting personalities out of the way rather than letting them settle in as permanent fixtures. This point is painfully obvious with regard to the past occupant of the White House, but it applies forcefully to others who have departed office far more gracefully, only to cast too long a shadow on their party’s subsequent affairs. 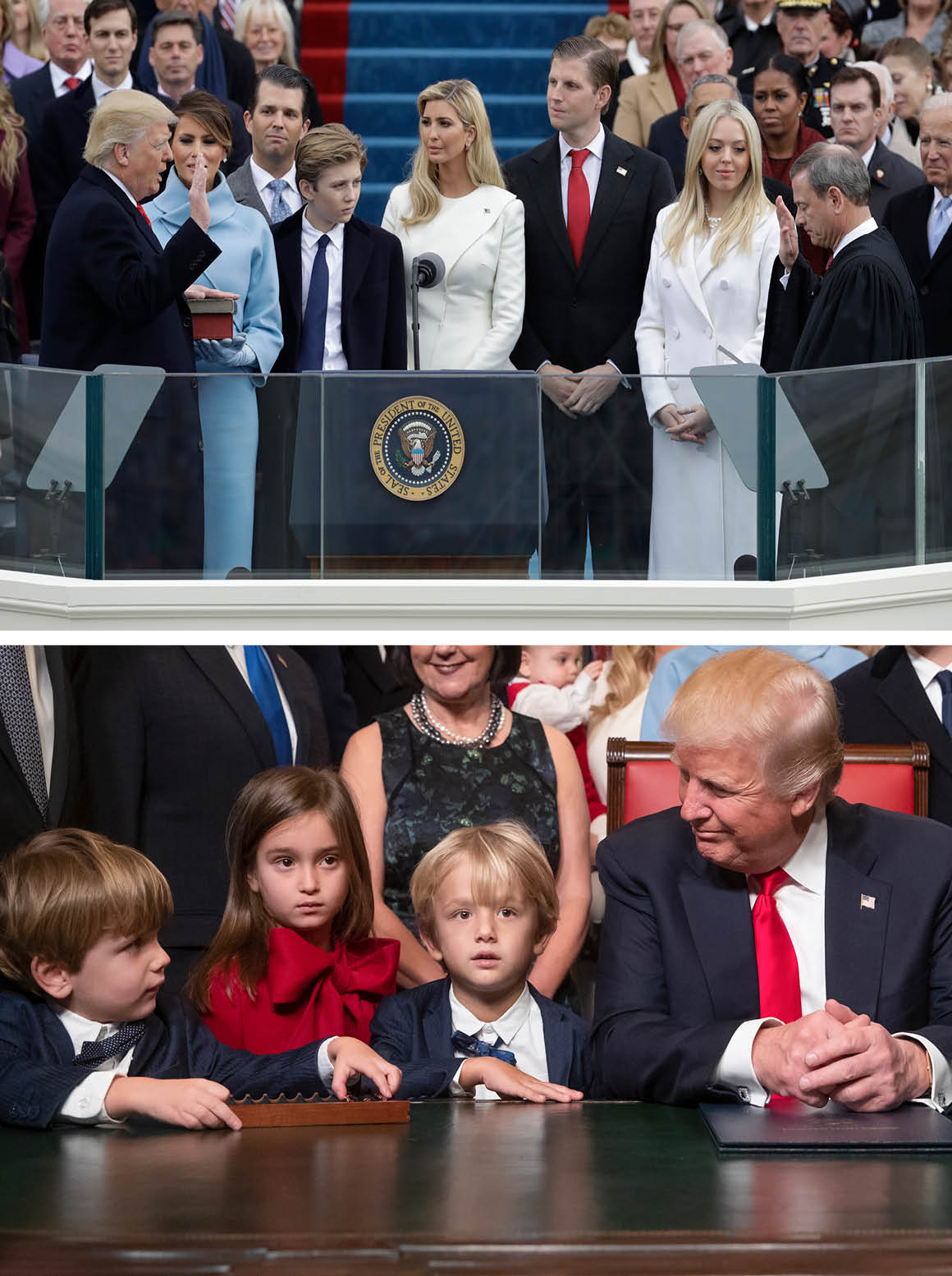 In Trump’s honor, we might also consider making the new amendment full-on anti-swamp and barring all spouses and children of past members of Congress from running for president—or even from running for Congress. This is a huge country, with a huge reservoir of talent. We don’t need to go back to the same wells over and over, and our tendency to do so leads us to imbibe stagnant water.

Are there costs to such prohibitions? They might occasionally deprive of us an exceptional talent, like John Quincy Adams. But mostly, they feel like an affront to our own collective judgment. Are American voters really so easily captivated? Yes, as it turns out: We are all too human. If the beginning of 2021 has taught us nothing else, it is that we can’t always count on self-discipline. Sometimes we need clear rules as well.