Republicans are pushing Merrick Garland, President Joe Biden’s attorney general nominee, to commit to allowing federal prosecutors to press on with politically sensitive investigations into the Department of Justice probe of Donald Trump's ties to Russia and into the business affairs of Biden’s son, Hunter.

Asked during his Monday confirmation hearing whether he would commit to providing Special Counsel John Durham the resources to complete his investigation into the origins of the FBI's Trump-Russia probe, Garland told the top Republican on the Judiciary Committee that he needed to learn more but saw no justification at the moment for removing Durham.

“I understand that he has been permitted to remain in his position, and sitting here today I have no reason to think that that was not the correct decision,” Garland told Iowa GOP Sen. Chuck Grassley. “From what I know now, which is really very little to make any determination ... I don’t have any reason to think that he should not remain in place.”

However, Garland also appeared to suggest some of the issues Durham was assigned to explore already have been adequately investigated by the Justice Department’s inspector general as part of a report that found widespread errors and omissions in the FBI’s handling of Foreign Intelligence Surveillance Act applications.

“I don’t know anything really about the investigation,” Garland told Sen. Lindsey Graham (R-S.C.). “I do think somebody should look at what happened with respect to those FISAs, absolutely, and I believe the inspector general has done that.”

When Sen. John Cornyn (R-Texas) pressed Garland on whether he was familiar with the controversial and disputed “dossier” that former British intelligence officer Christopher Steele produced on former President Trump prior to the 2016 election, the judge replied: “Only what I have read in the newspapers.”

But the executive summary of the inspector general report on FISA abuses — a document that Garland moments earlier claimed to have read — contains more than 140 references to Steele and repeatedly discusses the FBI’s handling of Steele's so-called Trump dossier. 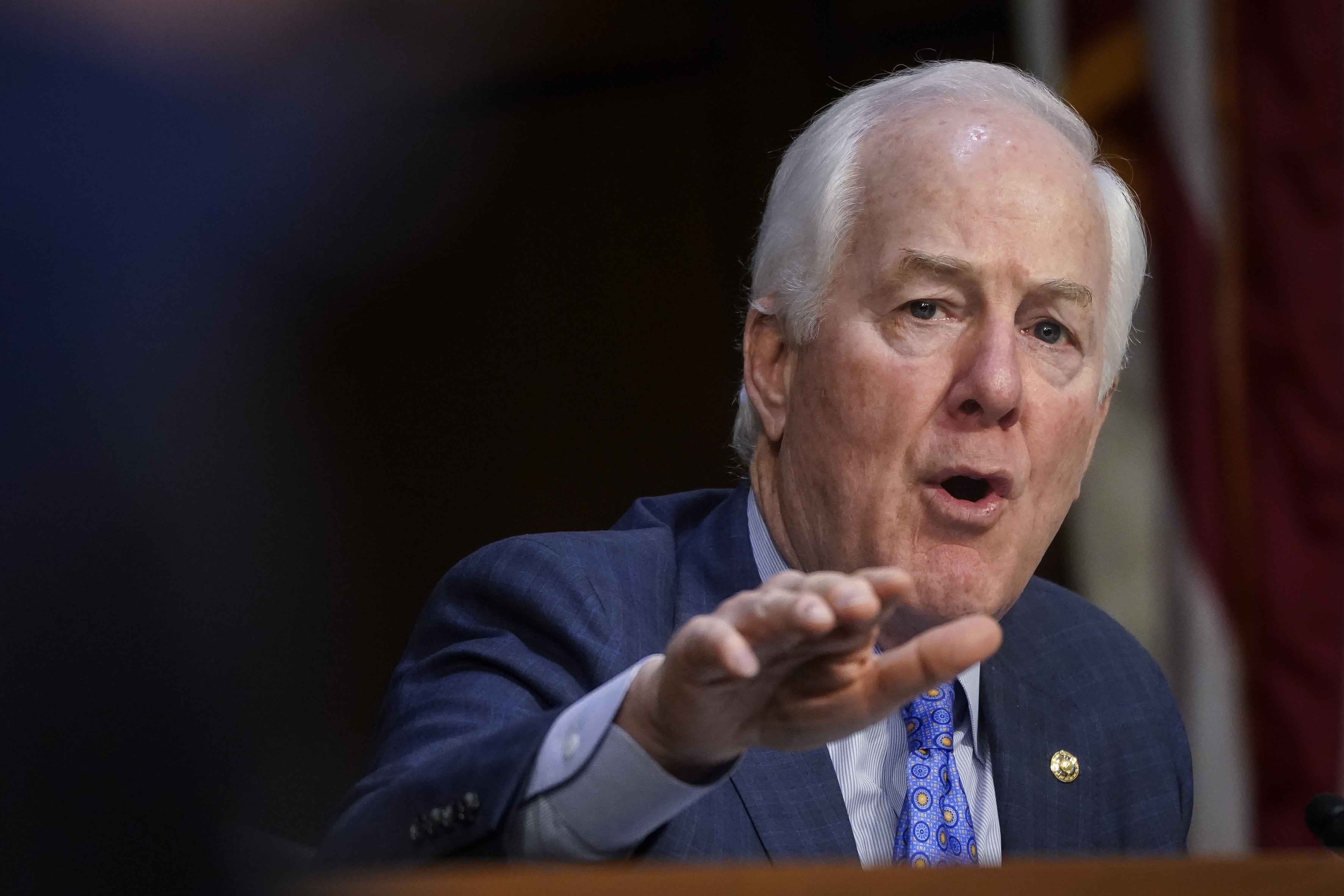 In response to another question from Grassley, Garland declared that he’s had no discussion with Biden about the ongoing investigation into tax issues related to Hunter Biden.

“The president made abundantly clear in every public statement before and after my nomination that decisions about investigations and prosecutions will be left to the Justice Department," he said. "That was the reason that I was willing to take on this job. So the answer to your question is no.”

Sen. Dianne Feinstein (D-Calif.) also probed the issue of Garland’s independence, noting that Trump had claimed unfettered authority to direct DOJ decisions. Garland declined to say whether he agreed with Trump on that point but said the issue wouldn’t matter much under Biden since the new president has promised to respect the department’s independence on enforcement matters.

“This is a hard question of constitutional law, but I don't expect it to be a question for me,” the longtime former D.C. Circuit judge told Judiciary panel members. ”I do not plan to be interfered with by anyone. I expect the Justice Department will make its own decisions in this regard.”

The Jan. 6 insurrection also loomed over Garland’s confirmation hearing. If confirmed, Garland will oversee the DOJ investigation into the storming of the Capitol, which he described as a “heinous attack that sought to disrupt a cornerstone of our democracy.”

Garland said he wasn’t privy to the details of the ongoing probe of the attack, but understood the inquiry to be massive in scope. “I can assure you that this will be my first priority,” he declared.

Garland seemed receptive to Speaker Nancy Pelosi’s proposal for a congressionally authorized commission to investigate the events of Jan. 6. However, he sounded the first public note of caution from the Biden administration that such an effort not undermine the DOJ's ongoing investigation.

“The only thing that I would ask, if I were confirmed, is that care be taken that" any independent commission probe "not interfere with our ability to prosecute individuals and entities" tied to the insurrection, Garland said in response to a question from Sen. Chris Coons (D-Del.). “This is a sensitive issue about disclosing operations which are still in progress.”

Republicans also probed Garland’s changing stance on the death penalty. Sen. Tom Cotton (R-Ark.) noted that while Garland highlighted his work as a prosecutor in the Oklahoma City bombing probe he oversaw 25 years ago, the death sentences he sought for that crime would be unavailable under the Biden administration since the president has said he now opposes capital punishment.

“In that individual case, I don’t have any regret, but I have developed concerns about the death penalty in the 20-some years since then,” the judge said, speaking about the Oklahoma attack, which killed 168 people.

“I have had great pause about the death penalty. I am very concerned about the large number of exonerations that have occurred through DNA evidence and otherwise,” Garland declared earlier in the hearing.

Garland said Biden has clear authority to announce a “moratorium” on the death penalty, in accordance with pledges he made during the campaign. At one point, he said he expected the department to return to the Obama-era policy, which suggested he would not schedule executions for the nearly 50 men on federal death row. However, there was no explicit policy rejecting the death penalty during the Obama administration and prosecutors continued to seek death sentences in grievous cases.

In response to questions from Sen. John Kennedy (R-La.), Garland did not stake out a clear position on whether federal law requires schools to allow transgender women to compete on women’s sports teams. “This is a difficult question,” the nominee said.

One of the few moments of tension during Monday's hearing was when Sen. Mike Lee (R-Utah) asked Garland about past statements from Biden's other nominees to the Justice Department, Vanita Gupta and Kristen Clarke. Garland forcefully defended what he called his "leadership team" and seemed to bristle when Lee asked him whether anti-Semitic comments from a nominee would be relevant. "You know my views about anti-Semitism," the judge replied sharply. "I'm a pretty good judge about what an anti-Semite is."

Garland, the former chief judge on the powerful D.C. Circuit Court of Appeals, was nominated by then-President Barack Obama to fill a vacant seat on the Supreme Court in 2016. Senate Republicans blocked his nomination then, but Garland is expected to receive broad bipartisan support for his attorney general nomination.

Garland would take over a DOJ still reeling from four tumultuous years under Trump, who broke from decades of precedent by frequently criticizing department leaders in public and attacking the decisions of prosecutors and FBI agents.

“The public’s faith in the Department of Justice has been shaken — the result of four years of departmental leadership consumed with advancing the personal and political interests of one man — Donald Trump,” Durbin said in his opening remarks.

Burgess Everett contributed to this report.